I would like to personally welcome you to the beautiful city of Bend, Oregon! Where you can eat, play and sleep all the while enjoying the West’s breathtaking outdoor beauty. I mean, this eclectic city BOASTS with fun and games. The city even proclaims itself to be the “Outdoor Playground”.

Perhaps you’re interested in visiting Bend on your next travel excursion or even bigger: You plan on calling Bend “home”. Regardless of your pursuits, this Oregonian city will spoil you with impeccable geographical sights, award-winning dining experiences, family-fun museums, exquisite art galleries, relaxing spas, adventurous outdoor activities and so much more.

Psst…and the locals of the town know this! That’s why they always ask visitors, “What will your Bend adventure be?” Come on. How can you say “no” to that?

Please. Join me on this adventure in exploring the city of Bend and everything it has to offer.

Where is Bend, Oregon?

If you’re a geography guru and have never heard of Bend, Oregon before, don’t worry.

“Bend is the place to be in Oregon. Sun, snow, great weather, and all 4 seasons.” – Recent Visitor

Bend is located in the central portion of the state. It’s approximately 163 miles southeast of Portland (3 hours and 25 minute drive) and has an elevation of 3,623 feet. If you fly into Portland and rent a car, you will have a beautiful drive up past Mt. Hood on Highway 26 and then down through places like the Kahneeta hot springs. 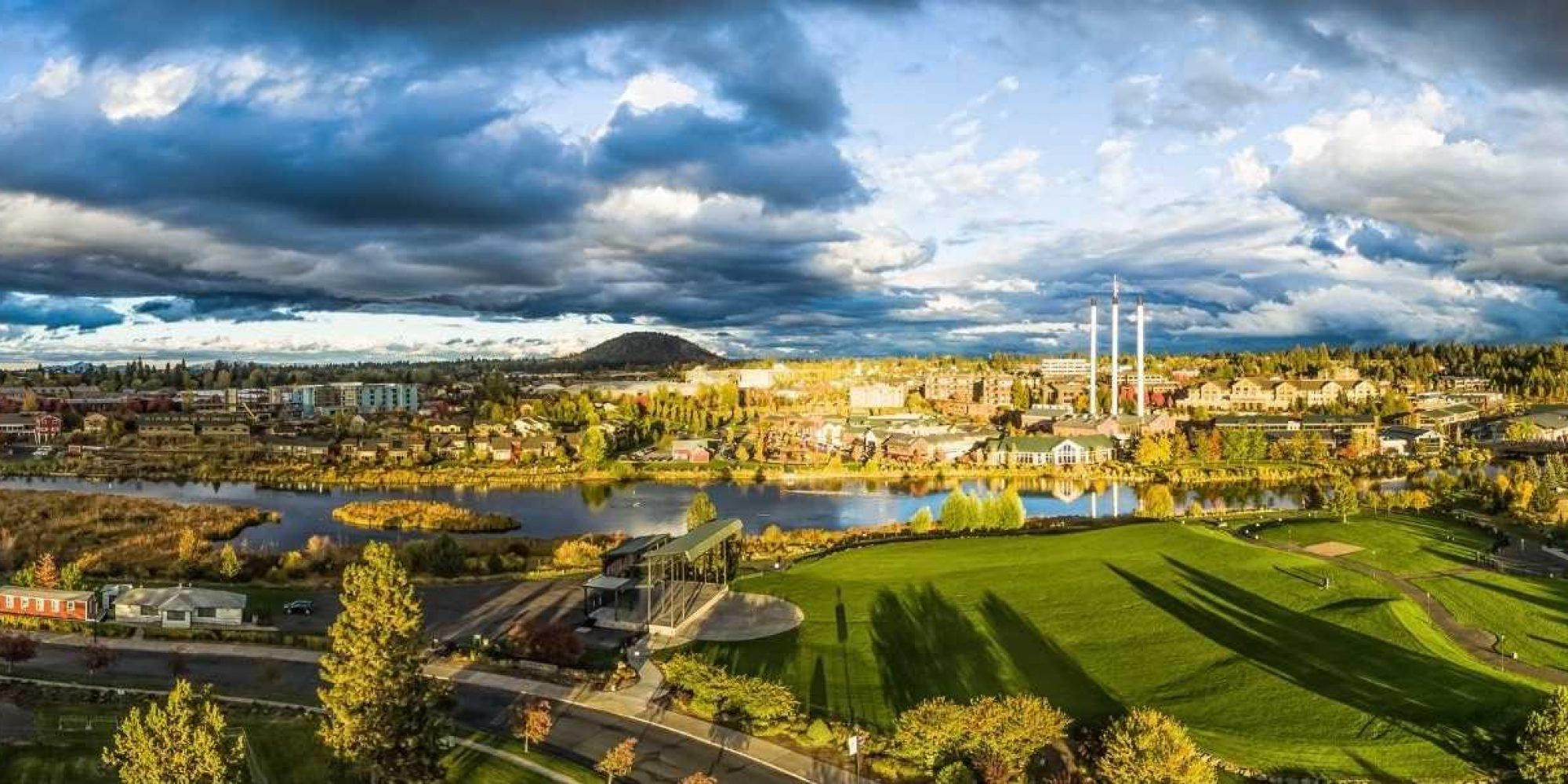 The Population of Bend

Located in the county of Deschutes, Bend sits in Central Oregon. It has a city population of 105,000 people and is steadily growing. However, the metropolitan population is trending toward 200,000 people. To give you an idea of the city’s healthy growth rate, the population was at 52,000 in 2000 and 77,000 in 2010. Needless to say, folks are catching on to the area’s greatness.

Located in the county of Deschutes, Bend sits in Central Oregon. It has a city population of 105,000 people and is steadily growing. However, the metropolitan population is trending toward 200,000 people. To give you an idea of the city’s healthy growth rate, the population was at 52,000 in 2000 and 77,000 in 2010. Needless to say, folks are catching on to the area’s greatness.

Cities and Towns near Bend:

Whether you are traveling for leisure or moving house and home, it’s best to be familiar with your surroundings. Besides, the cities I have listed here actually make up the metropolitan area of Bend. It’s often referred to as the “Greater Bend Region”. 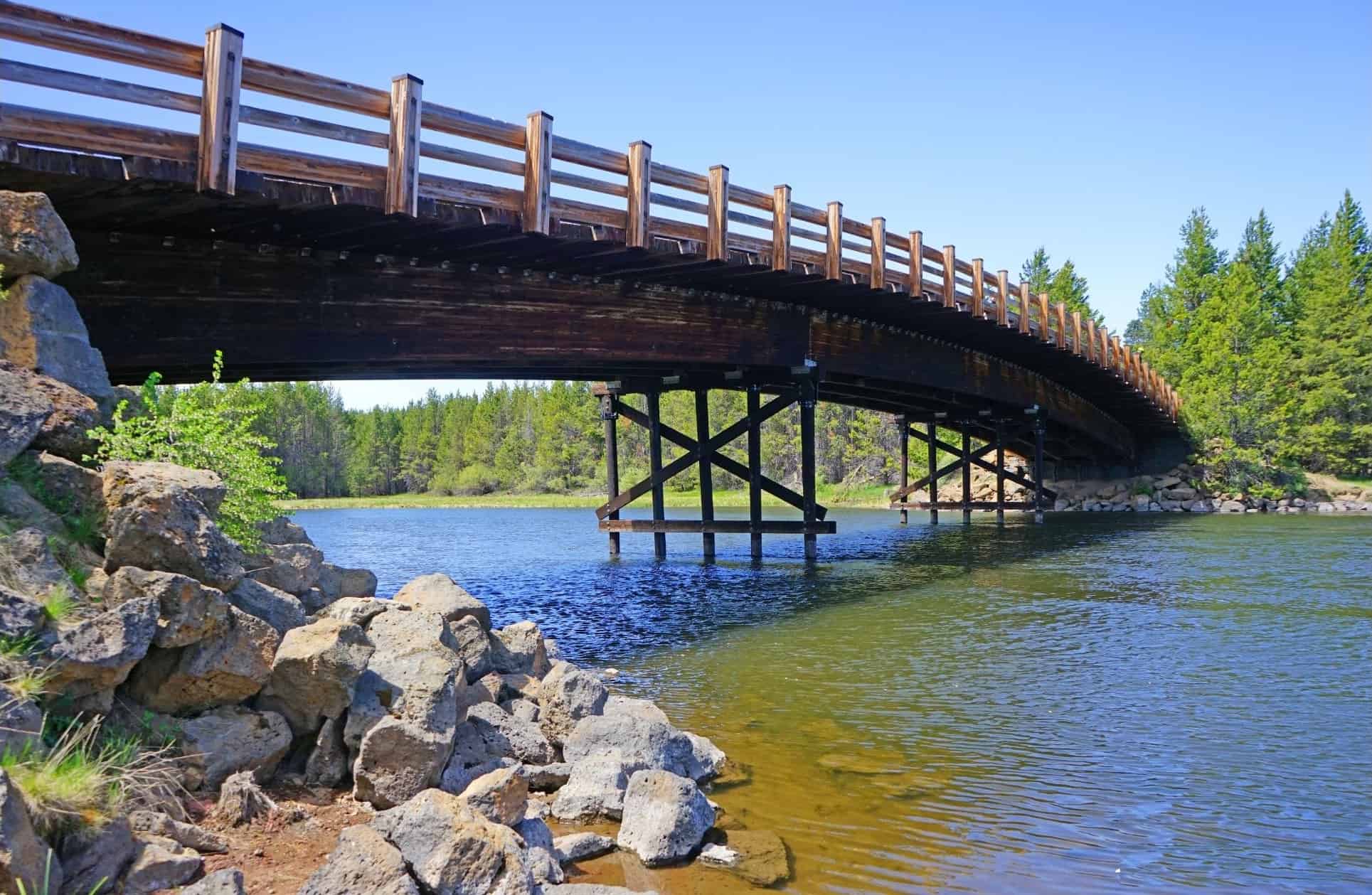 Geographical Landscape and Climate for Bend

Speaking of elevation, Bend has a unique geographical feature that only exists in two other U.S. cities: an extinct volcano. Don’t worry; it’s an extinct volcano for a reason! It does not pose a threat to anyone as its days of spewing out lava are over. The city of Bend has dubbed it as Pilot Butte State Scenic Viewpoint.

Bend has a semi-arid climate which is common for high desert regions. (Central Oregon sits on the edge of the high desert region found in southeastern Oregon.) You can expect chilly nights with warm, sunny days during the warm months. An average summer day temperature is 65 degrees Fahrenheit whereas an average summer night temperature is 35 degrees Fahrenheit. And might I add, you can expect the occasional hard frost during the summer months.

Bend does receive a healthy dose of snowfall every winter with an average of 24 inches. However, if this bums you out, think of all the Nor’easters the folks in New England must contend with every winter! Like I said, it could always be worse. (I’m mostly talking to those who are from the warmer southern states and have experienced very little snow.)

Bend is also known for having an Indian summer every year! The first day of autumn comes and everyone celebrates when suddenly a burst of warm summer air arrives. It never ceases to amaze me how it surprises the pumpkin spice latte lovers every autumn! 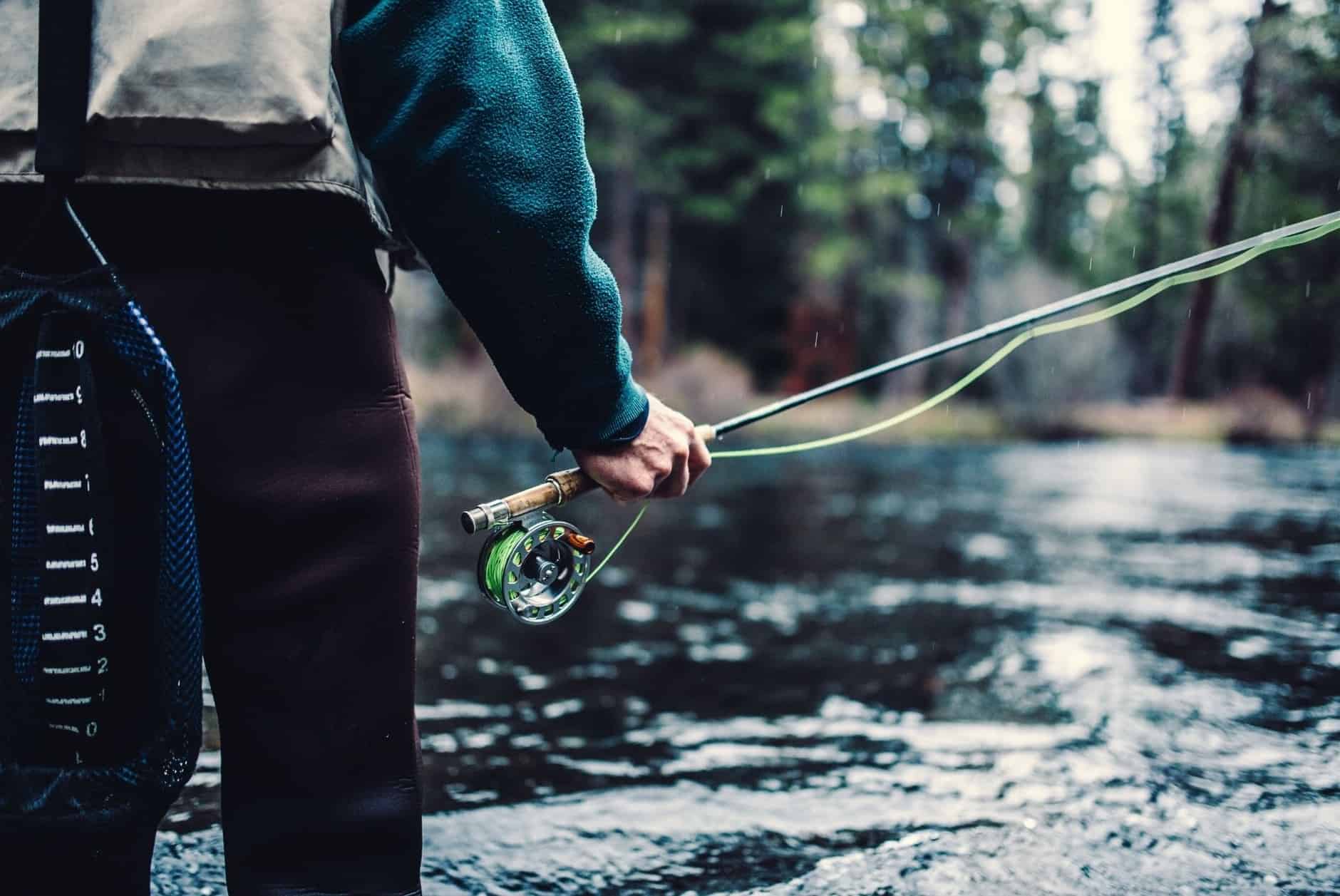 If you were paying attention to me in the beginning, you should recall where I said the city of Bend proclaims itself to be the “Outdoor Playground”. I was not joking; they really do see themselves as that and are 100% qualified to proclaim it. For starters, I’m going to share the long list of outdoor recreational activities that Bend has to offer. Keep in mind that this is NOT an exhaustive list.

Obviously, I would be writing a novel if I were to go into intricate detail on every outdoor activity offered by the quaint Oregonian city of Bend. However, I can concur that one of the more popular places is Mount Bachelor. It’s a ski resort that attracts thousands of visitors every year.

The Economy of Bend

By this point, I am sure it’s no surprise to you that tourism is the biggest money maker in Bend. Perhaps the largest tourism site in Bend is the Mount Bachelor Ski Resort. Tourists travel from all over the country to play in the snow, partake in scenic hikes and soak in the breathtaking views. To give you an idea of how successful the tourism sector is for Bend, the city earned a whopping $570 million in 2011.

The average salaries in Bend line up with the U.S. salary average. The average income for Bend is currently at $30,900 while the median household income is $52,000.

Even better? Bend does not have ANY sales tax because the state of Oregon is free of sales tax. So whatever you intend to purchase in a store, expect to pay what you see on the price tag. For new residents who visit from states with sales tax, it is AWESOME.

AND one more thing:

Bend is home to the only sole surviving Blockbuster Video store! Between the support of the locals and the bustling tourism, it has managed to stay open and stay successful. When you visit or relocate to the incredible city of Bend, go old school on a Friday night and rent a movie or two with a box of pizza. If anything, do it for me, will you? 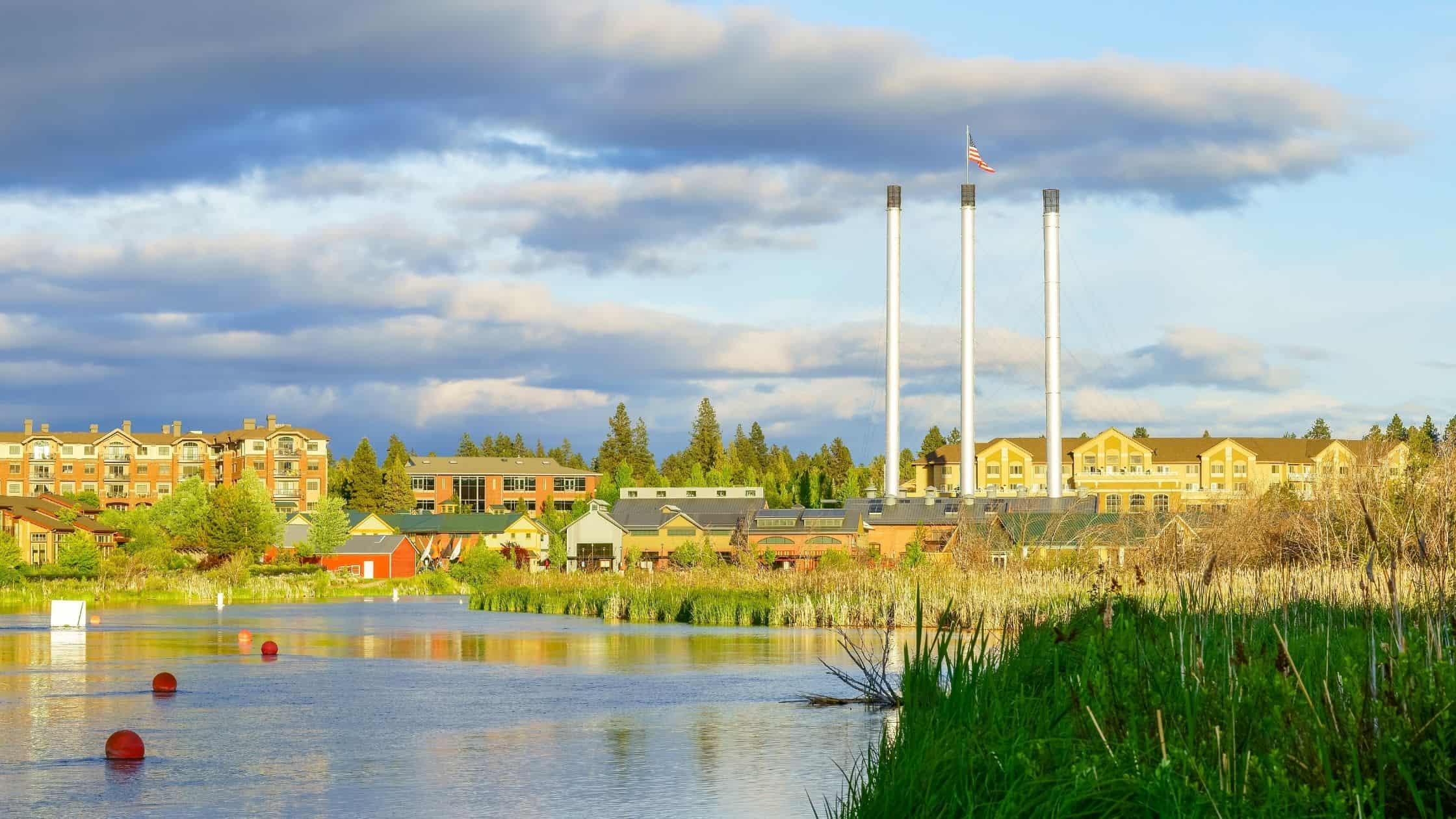 The History of Bend

Not everyone came to Oregon via the great Oregon Trail. The year was 1824 when Peter Skene Ogden first visited the location of Bend. He was the leader of one of the many fur-trapping parties that used to venture through the area in those days. However, he didn’t stay. It was another 10 years before another set of explorers visited the beautiful Bend countryside. Nathaniel Wyeth and his party members travelled through the area in search of beavers. But hold on, they also passed on through and their path was practically erased. This trend continued on for several decades with explorers and hunters traversing through the area without attempting any long-term encampment or settlement.

Then one day, someone saw the potential for settlement in Bend country and filed a claim on land that’s within city limits today. Thus, the future city of Bend was born in the 1870’s. However, city incorporation did not come until the year 1900. 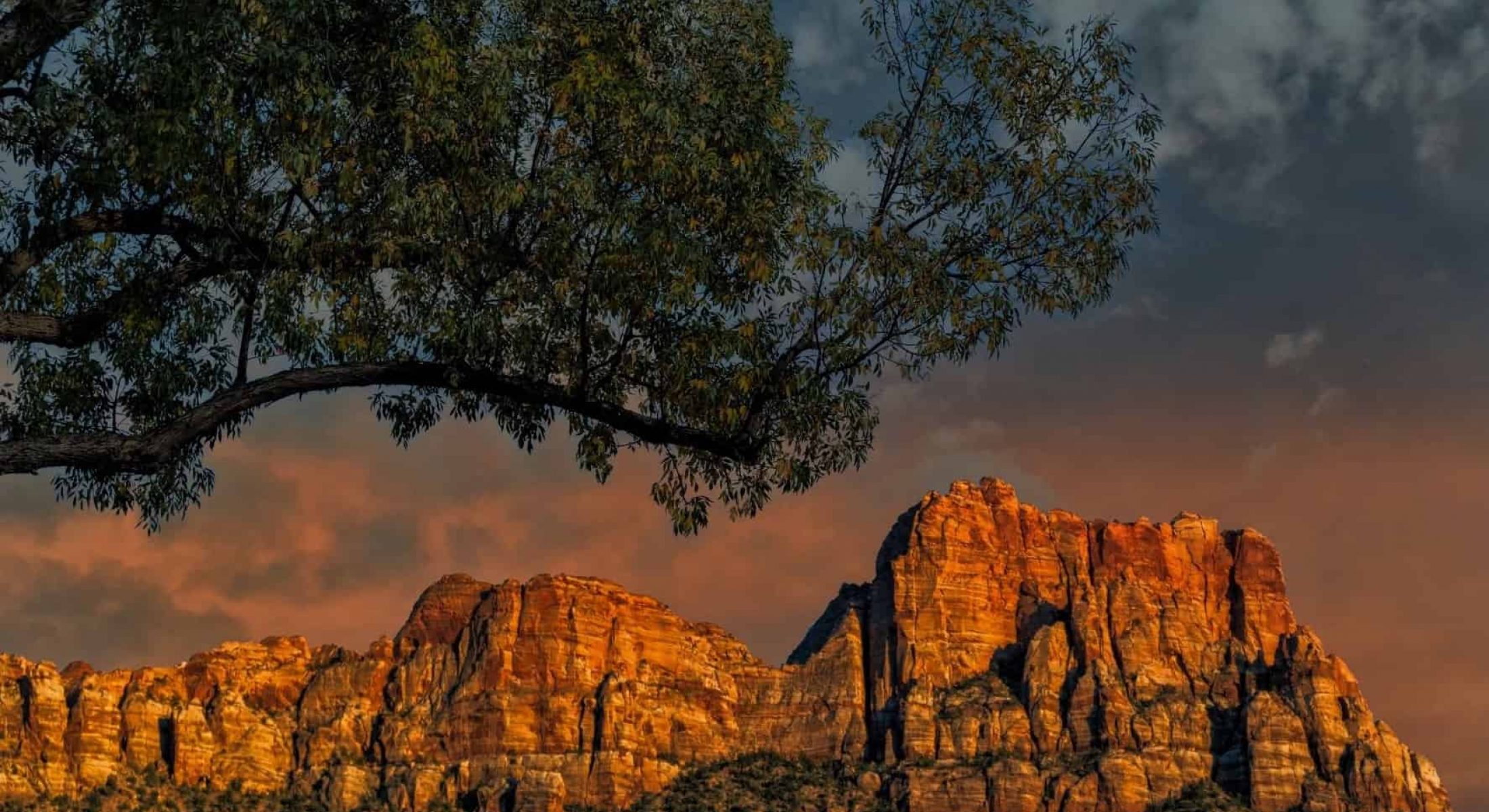 So how did Bend earn its name?

The city’s name came from a reference nickname the old pioneers used to pinpoint the original platting of the city called, “Farewell Bend”. This location was along the Deschutes River and was a great spot to ford the river.

The name “Bend” was derived from “Farewell Bend”, the designation used by early pioneers to refer to the location along the Deschutes River where the town was eventually platted, one of the few fordable points along the river.

The real estate business in Bend is BOOMING. With tourism on the steady climb and more people recognizing the beauty, adventure and opportunity in Bend, the real estate sector is benefitting immensely.

But that’s not all! The Bend community is surrounded by a lot of land and a lot of this land is FOR SALE. You can find land property for as low as $69,000 for .61 an acre in the Three Rivers South region. However, pricing does depend on location and quantity of land property.

Bend also provides many opportunities to invest in condo properties. On Mount Bachelor, you can purchase a 2bed/2 bath condo for only $52,000 on average. Many of their condos are furnished as well. This works GREAT for singles who are looking to relocate and start their careers.

Be sure to also read our Bend Oregon Real Estate Guide. 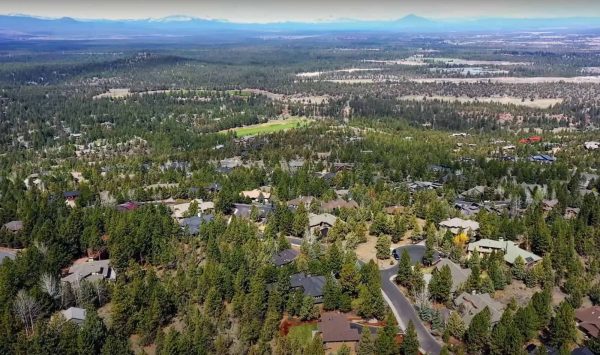 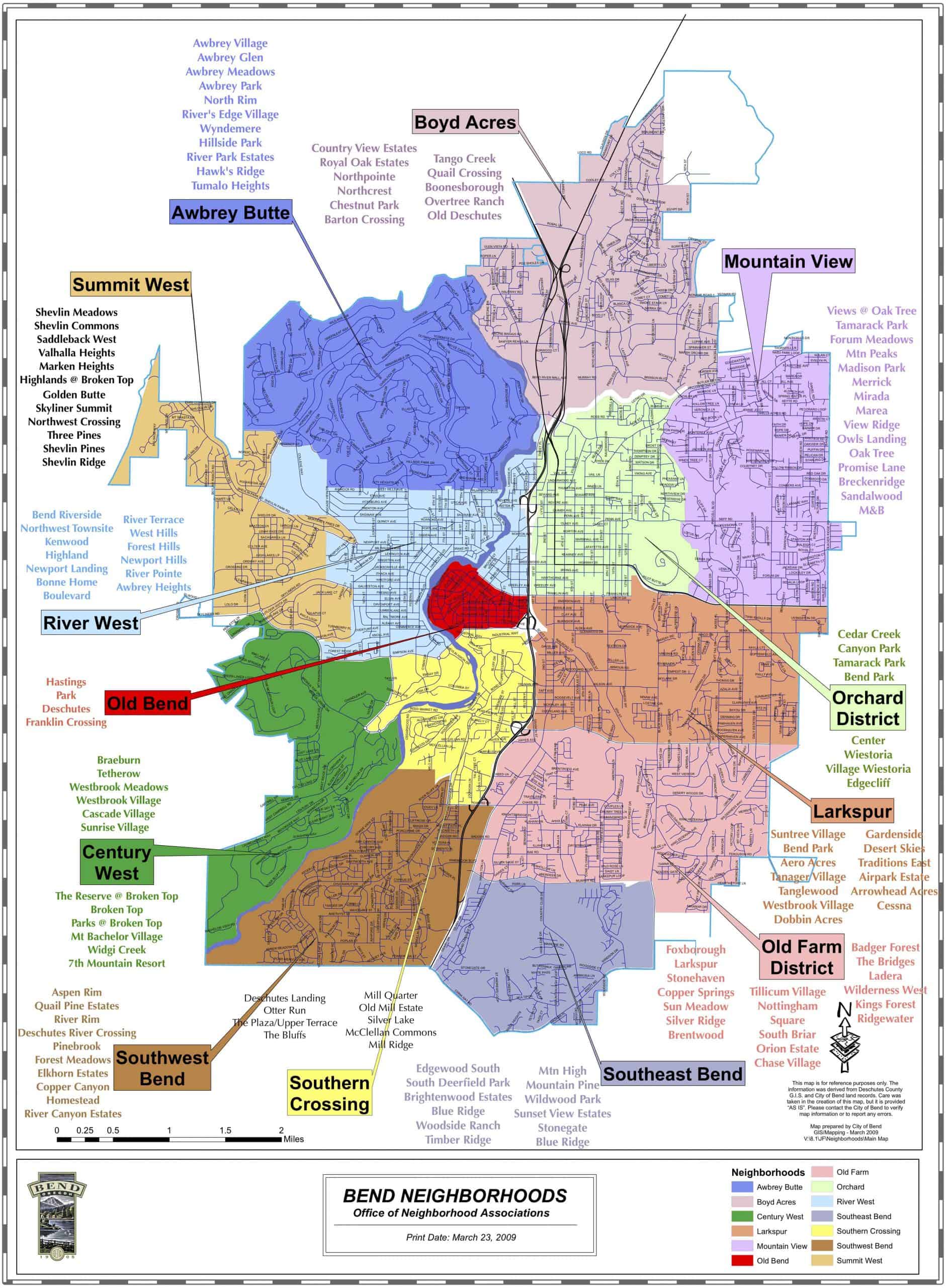 We Look Forward to Seeing You in Bend!

Now that you’ve been given the brief overview of the lovely town of Bend, what do you say? Are you ready for that move? Spend the day in Bend and think about it more. You’ll meet friendly people and make new friends. Bend, Oregon has so much to offer! 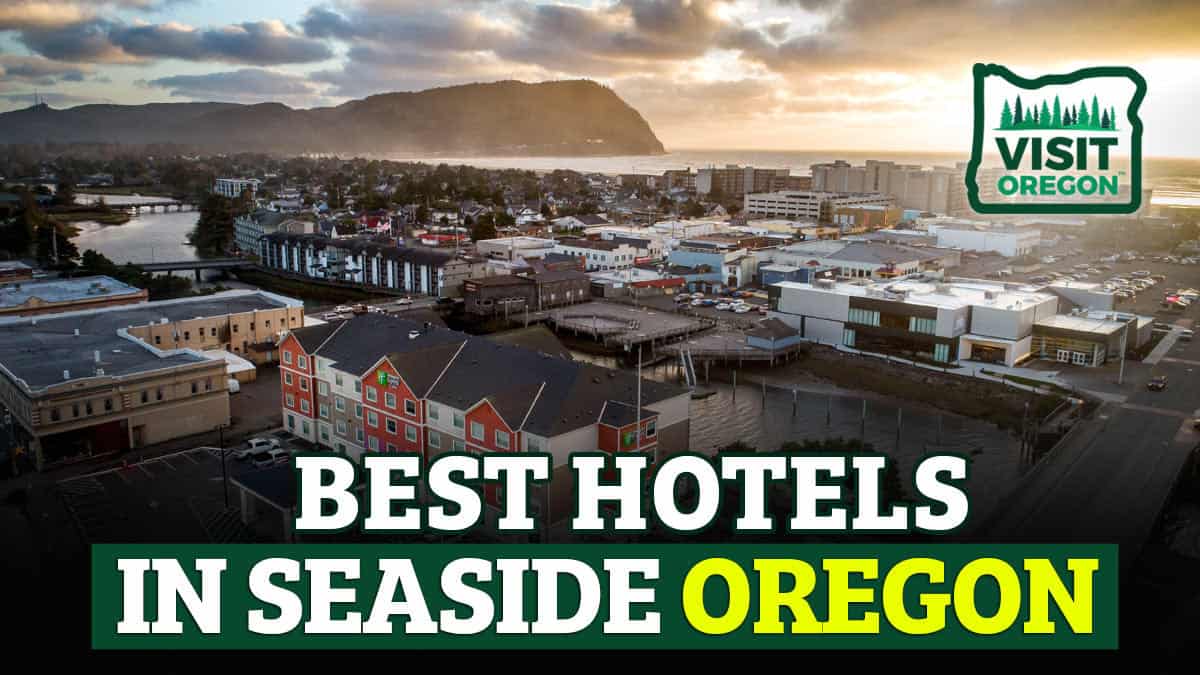 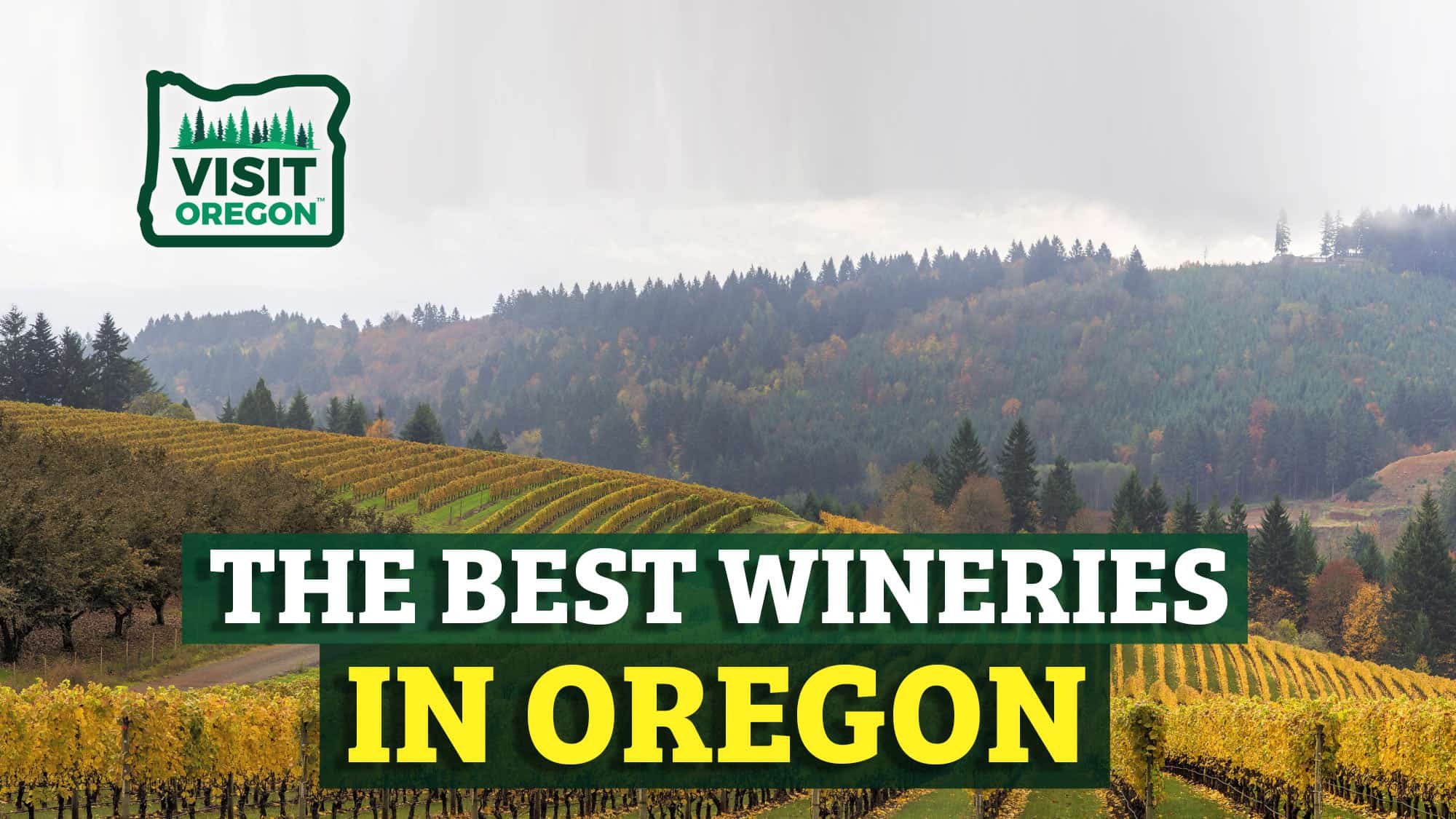 The Top 10 Best Wineries In Oregon

Welcome to Wine Country! I don’t know about you, but when I used to think 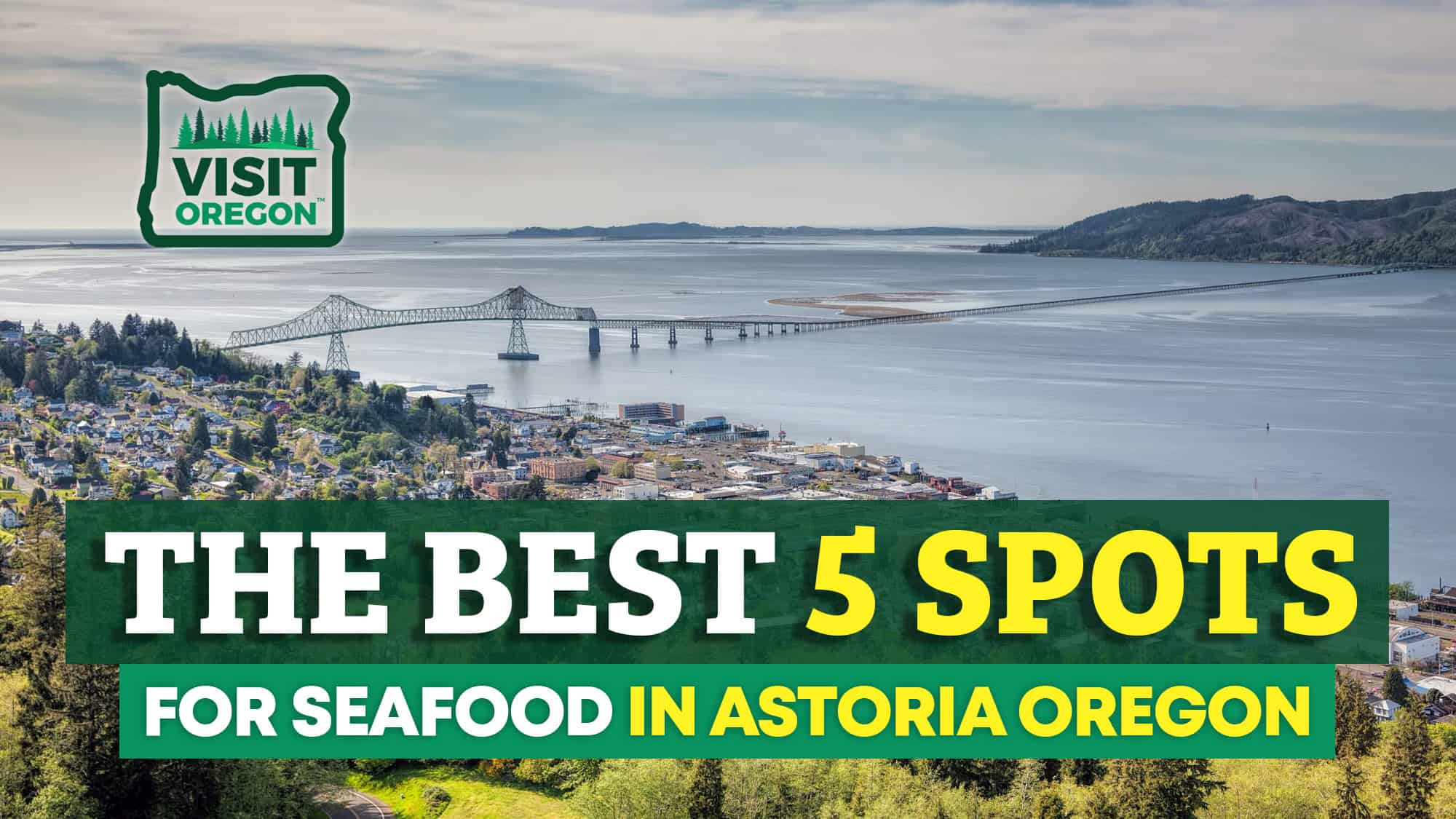 The Best 5 Spots For Seafood In Astoria Oregon 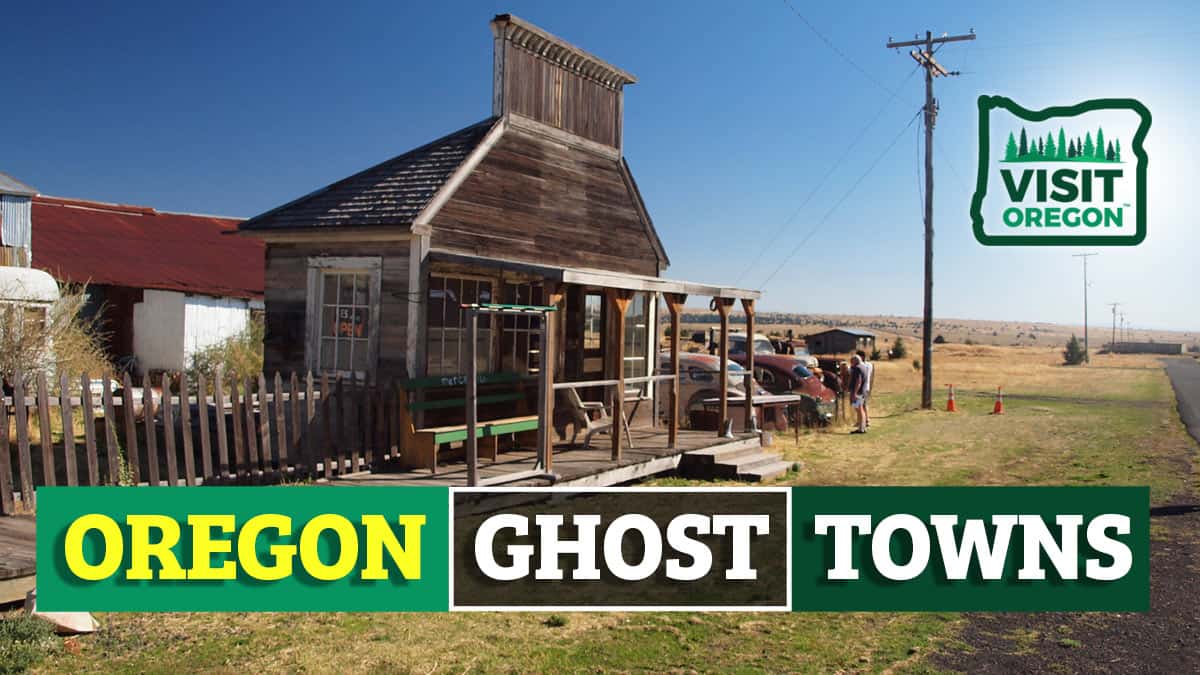