Discover The Best Of Oregon

The State of Oregon is home to some of the most diverse landscape and scenic views in the entire United States. A beautiful coastline, over 360 State Parks, and home to some of the top rated breweries and restaurants in the nation, you will never run out of things to do while you’re here. Here at Visit Oregon, we’re passionate about those we get to share our great state with. We are your one stop shop for what to do, what to see, and where to stay. We may be biased, but we’d like to think Oregon has it all – come stay with us and make memories to last a lifetime.

The State of Oregon was founded in 1859 and is located in the upper Northwest corner of the United States. Currently home to 4.19 million people, the state of Oregon is bordered by Washington State to the North, Idaho to the East, and California and Nevada to the South. It lies at the edge of the mighty Pacific Ocean and is home to one of the most beautiful coastlines in the United States.

Dubbed as the state that is home to more trees than people, Oregon can be geographically divided into six areas of lowlands, plateaus, and mountains.  Featuring over 5 million acres of trees, 361 State parks, the deepest lake in the US, and the picturesque Cascade Mountains – Oregon is the nature lovers destination.
Explore By Region 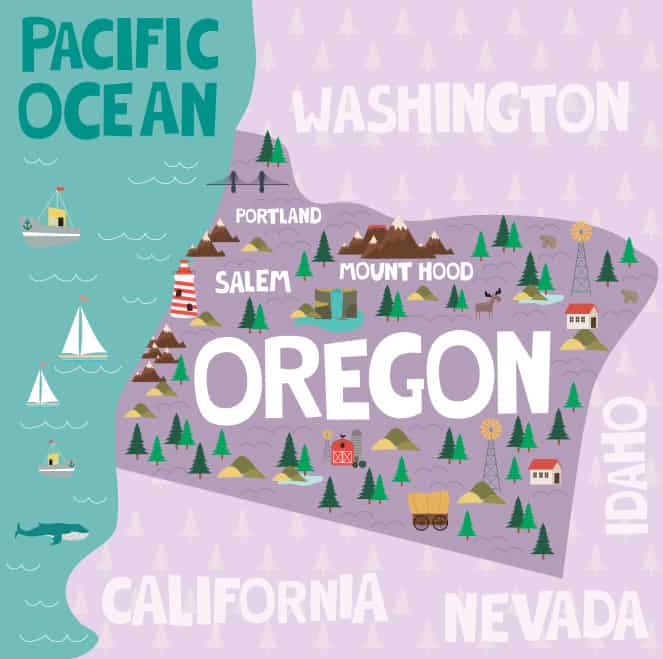