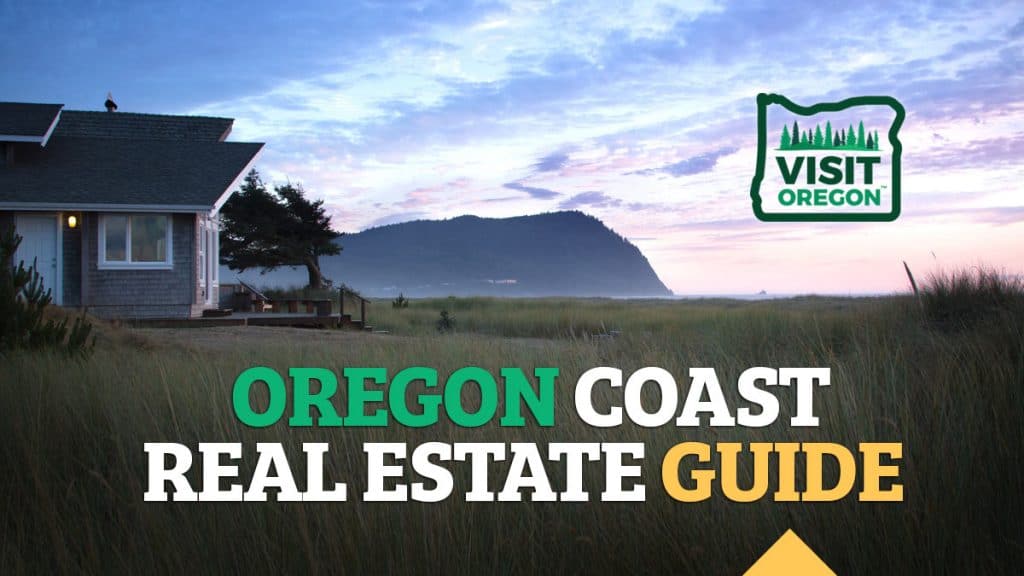 The real estate properties along the Oregon Coast are steadily increasing in value according to the market reports. As tourism grows, more people are enchanted by the remote beauty of this area of the country.

Keep in mind that Cannon Beach, the small beach town with the infamous Haystack Rocks, was named one of the most beautiful places on Earth by National Geographic. With its current low population of 1,700, it’s expected to grow and expand through the years.

Oregon has some of the lowest real estate prices on the western coast. Citizens from California and Washington are relocating to the Oregon Coast for a more affordable and serene life. The state’s 360 miles of coastline contains landmark cities such as Astoria and Cannon Beach in the far north to Gold Beach and Brookings in the far south.

Since the Great Recession affected the housing economy ten years ago, the median house price has risen from around $200,000 to $350,000 for residential homes. That’s a large jump in value over a ten year period!

With home values on the rise every year, now’s the time to shop for your Oregon Coast home! Your dream can become a reality with the picturesque beach strolls at sunset to having picnics near Haystack Rocks. Unlike the California and Washington coasts, the Oregon Coast is very affordable with adventure at your back door.

Let’s take a look at some real estate pricing statistics for the Oregon Coast during the last quarter of 2019. This information will assist you in determining your housing budget AND narrowing down your preferred coastal location. Note: all numbers and averages are based on residential, single-family homes. These statistics do not include condos, apartments or rentals. 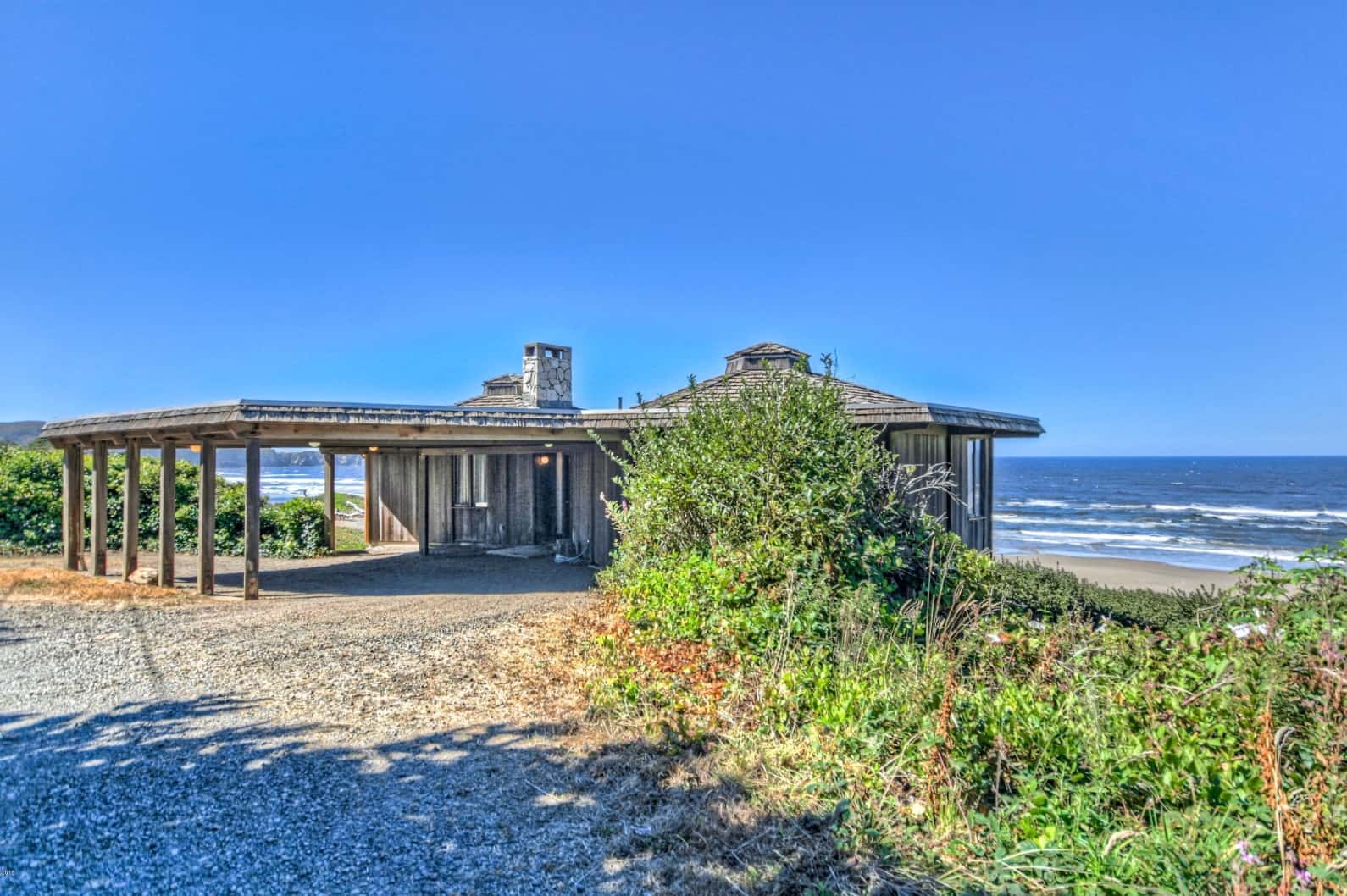 *The lovely, northern city of Astoria:

Astoria sits at the top, western corner of Clatsop County AND the state of Oregon. This panoramic city is a famous port city at the crossroads of the Columbia River and the Pacific Ocean.

Cannon Beach is also a northern town that rests on the western edge of Clatsop County. As previously stated, Cannon Beach is known for the famed Haystack Rocks that sit boldly on the shore’s edge. Many movies and films have been taped and many famous photographs have been taken by these magnificent rock boulders.

Imagine viewing these famous boulders from the comfort of your front porch? That’s a possibility if you purchase beachside property in Cannon Beach. Although it’s fame is rapidly growing, the town is a relatively quiet and remote place to live life. It’s set apart from the crazy hustle and bustle of big city life.

In 2019, the average home price was $503,500. This number is up by $14,000 from 2018. Even though Cannon Beach is just down the road from Astoria, the home value is significantly more. After all, aren’t you paying to be surrounded by famously artistic views and incredible pioneer history?

*The remote beach town of Manzanita

Manzanita is situated 15 miles south of Cannon Beach in the county of Tillamook. (Fun fact: If you love Tillamook cheese, this is the place to be! It originated from Tillamook County.) If you’re wanting a quiet, peaceful location, Manzanita is for you. It’s growing in popularity as more people visit the area and are captivated by the small town feel, the vacant, untouched beaches and raw beauty. 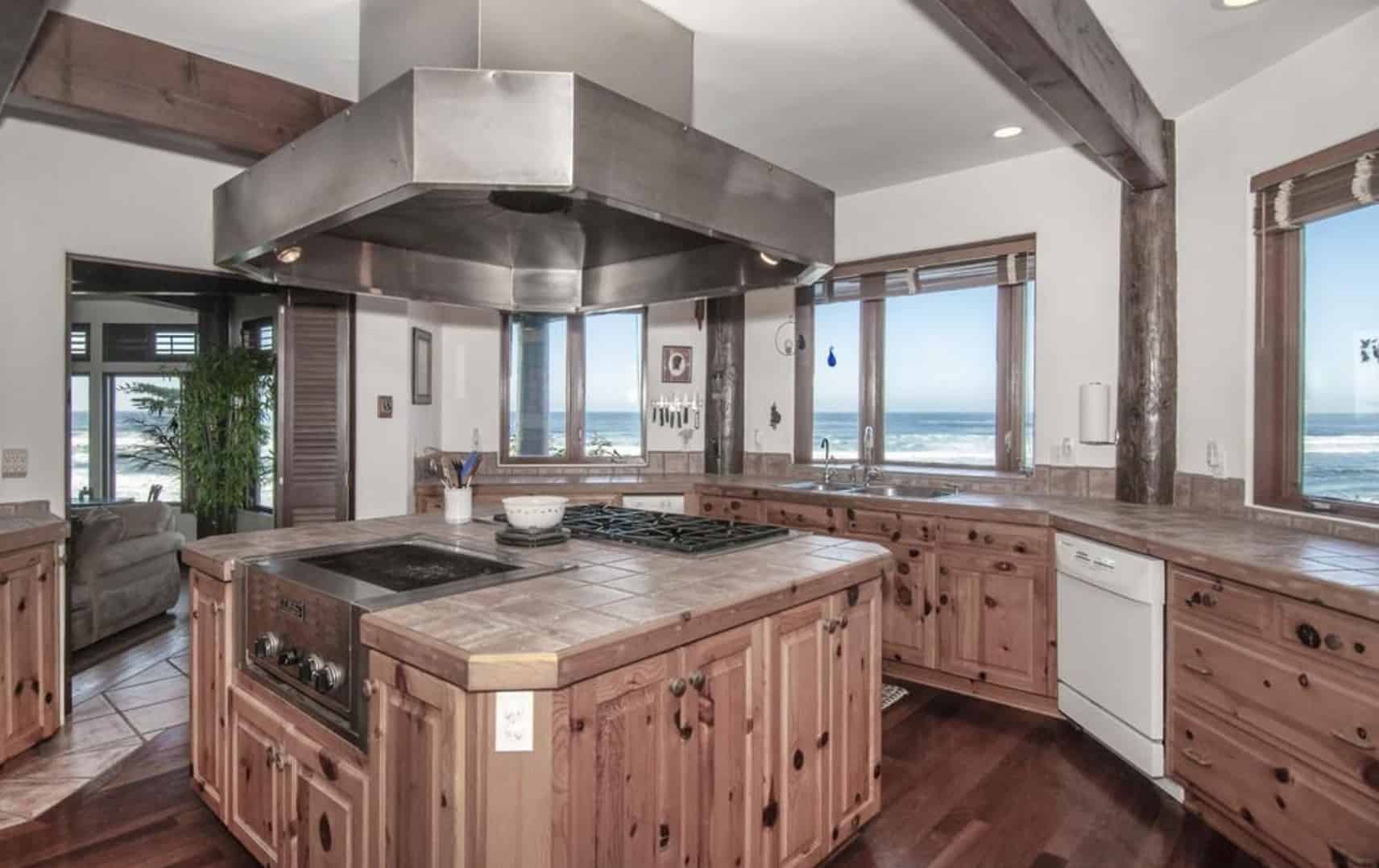 If you travel 70 miles south from Manzanita, you’ll come to the populous Lincoln City. If you’re searching for a home in a more populated area that’s situated on the coastline, then Lincoln City is for you.

Fun fact: Lincoln City was the first western coast city in August 2017 to view the totality of the solar eclipse on that infamous day. 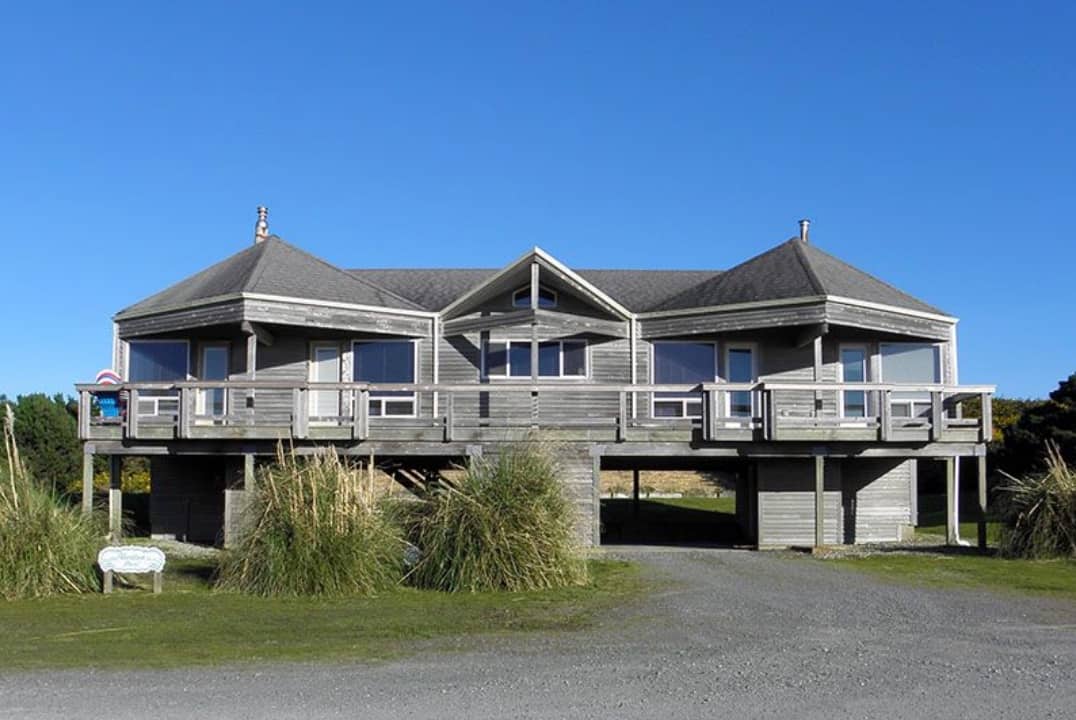 *The picturesque beach town of Bandon

This cozy town is best known for its mesmerizing rock formations that dot the beach, the tall, valiant Coquille River Lighthouse and Tillamook cheese. Located 146 miles south of Lincoln City in Coos County, Bandon is a great place to lay down some roots. The real estate in this area is poppin’ with popularity as the average home price in 2019 was $305,000. This is a $10,000 increase in the average home price from 2018.

With plenty of residential homes for sale, you’re guaranteed to find the perfect property for your needs and desires in Bandon.

Fifty-five miles to the south of Bandon, Oregon is the famed beach town of Gold Beach. You can probably guess what it’s famous for! That’s right: it’s named for the famous gold rush of the 19th century. The gold rush may be over now, but don’t let that fool you. This scenic gem on the Southern Oregon coastline is still worth more than any gold can buy you.

Located in Curry County, Gold Beach offers very affordable real estate. In 2019, the average home price was a welcoming $277,450! However, don’t expect it to stay that way for long. This number is a $14,000 increase from the average home price in 2018. People are recognizing the value in the Oregon Coast properties. This is especially true given that Coos County borders the state of California where housing prices are THROUGH THE ROOF. Note: Gold Beach offers the lowest real estate pricing on this list!

Life is sweet for residents of Gold Beach. They have not only the breathtaking beauty of the Pacific Ocean but also the adventure of the Rogue River.

*The border coastal city of Brookings

And now we’ve traversed our way down the Oregon coastline to the border beach town of Brookings. If you’re interested in moving to “The Pulse of America’s Wild River Coast”, then you’ll be glad to note that real estate property for residential homes is quite affordable like that of Gold Beach.

Also located in Curry County, Brookings is situated 28 miles south of Gold Beach and six miles north of the California state border. Many people feel that living in Brookings offers the best of both worlds: Oregon and California. The beaches are impeccable, Mother Nature is at your back door and the cost of living is relatively low. Who could want anything more?

The average home price for residential homes in 2019 was $295,000. That’s slightly more than the property values in Gold Beach. Interestingly, these numbers reflect a $23,000 increase from 2018! That places Brookings in second place for our list of steadily increasing home values. Manzanita has the highest yearly increase in real estate for our list.

Brookings is a lumber town that has a century-long history for forestry and logging. The town also brings in many newcomers looking for a home life in retirement and leisure. Due to its close proximity to California, many former Californians have settled down in this quaint area of Southern Coastal Oregon. 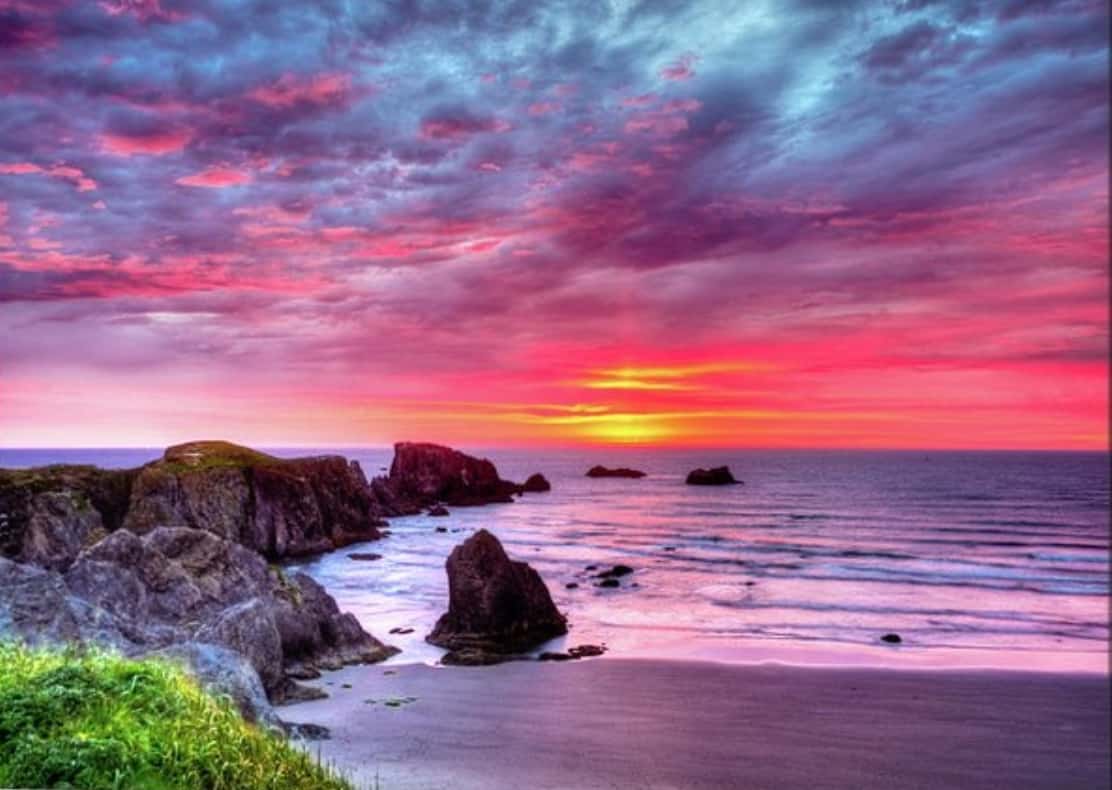 From the north to south along the Oregon coastline, we have covered these popular towns and cities:

The average residential home prices for each location are as follows:

Real estate for the Oregon Coast, whether in the northern, central or southern part of the coast, is growing in popularity. The more visitors and tourists that discover the precious gem that is Oregon, the more newcomers that’ll settle down in the state. While tourism has become one of the main contributors to income, the Oregon Coast is also known for hiring employees in logging, healthcare, technology, education, wildlife preservation, marine sciences and vocations, cheese, vineyards and more.

While this article doesn’t cover the details of Oregon Coast pricing on apartments, rentals and condos, those areas also offer sweet deals for the Oregon newcomer.

Residential homes, particularly the average three bedroom and two bathroom, single family units, are listed at favorable prices. Don’t be fooled by the incredibly overpriced coastal homes in California and Washington. The state of Oregon has a mind of its own and is distinguishable from the real estate of its neighbors.

In addition to affordable real estate, the state of Oregon offers several ways for potential homeowners to find assistance for home purchasing. One of the most popular programs is the Oregon Housing and Community Services (OHCS). If you believe that you’ll need assistance in purchasing your new home on the Oregon Coast, check out this program! Depending on your qualifications, you can be offered low mortgage payments, down payment assistance or fixed low interest rates!

The real estate on the Oregon Coast has YOUR future home.

Be sure to check out our coastal listings here: 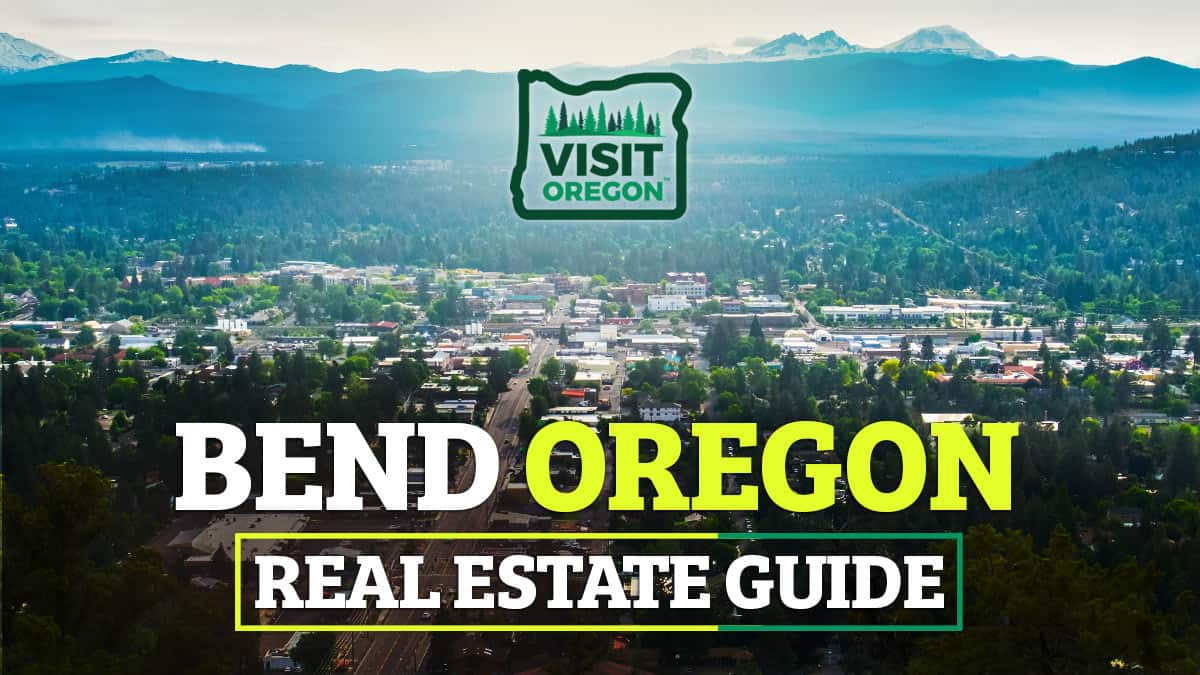 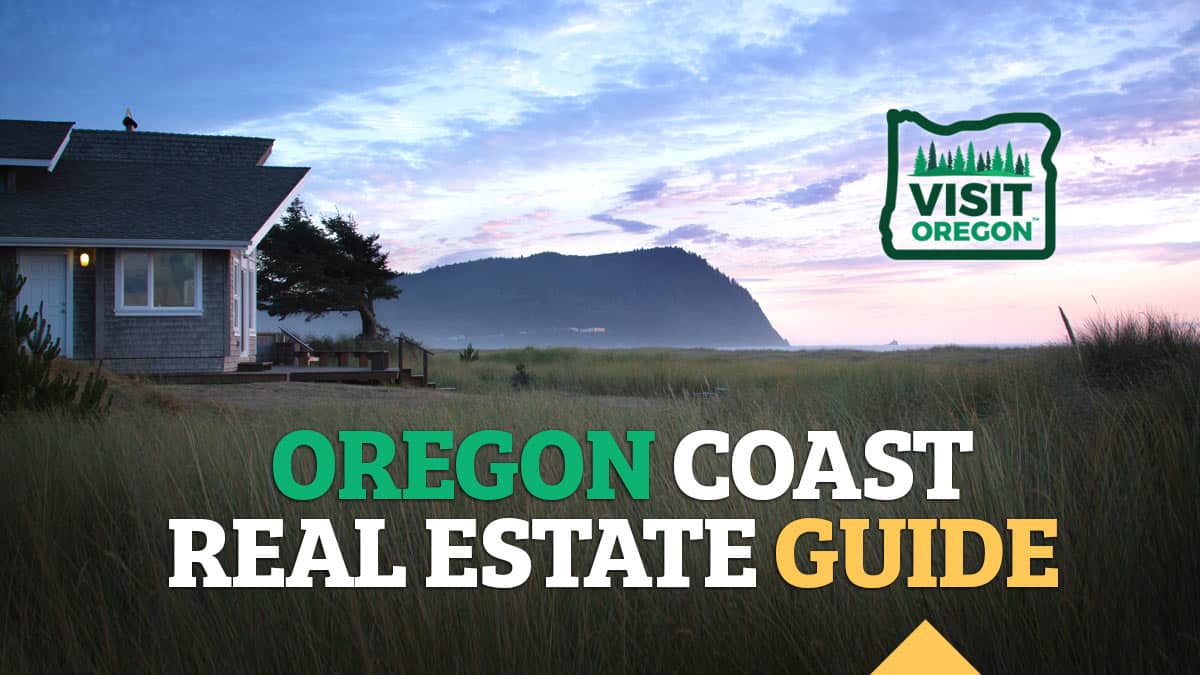 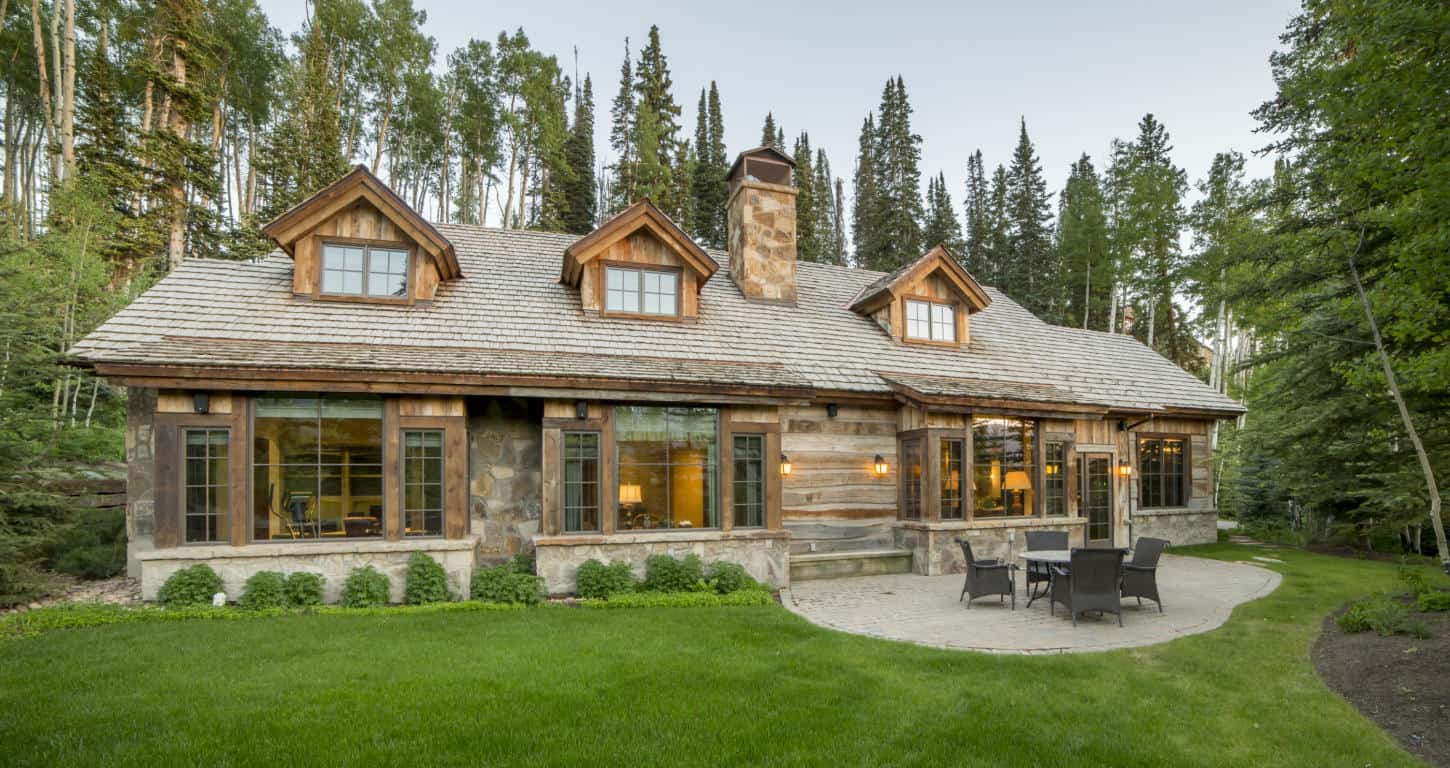 Are you considering relocating to Oregon? Get our FREE definitive guide on moving to Oregon.

Get Our FREE Guide 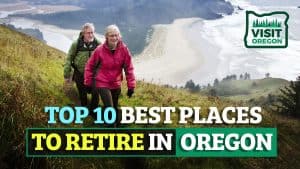 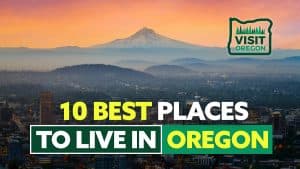 10 Best Places to Live in Oregon 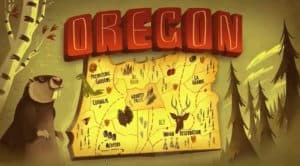