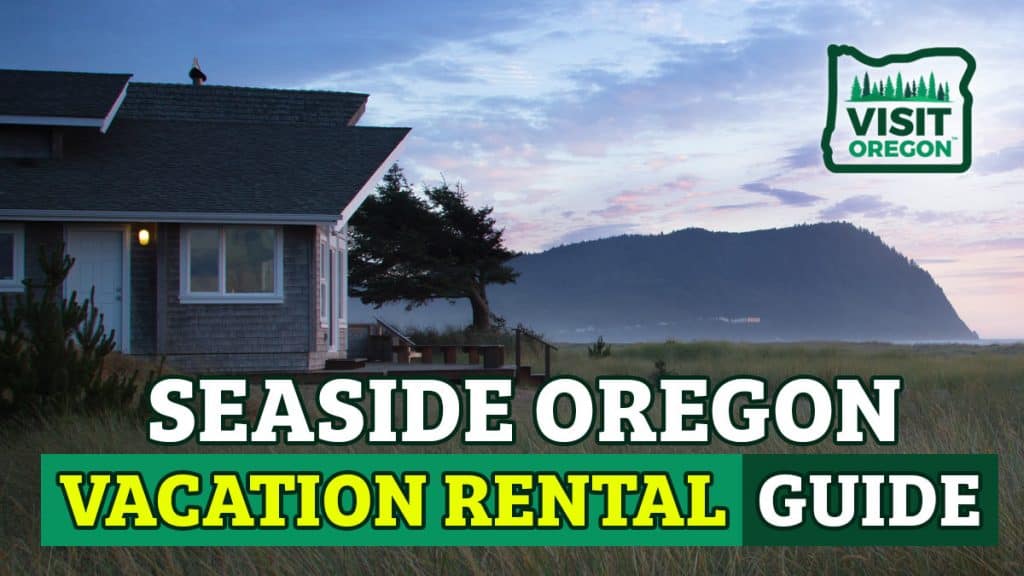 Imagine waking up to the sound of waves crashing along a sandy beach; this is a dream that comes true in Seaside, Oregon. Not only that, but the town offers a wealth of fun activities for the family. Seaside is home to one of Oregon’s best beaches and a historic downtown that has many great restaurants and shops to enjoy. In Seaside, there really is something for everyone! If you’re planning your next Seaside vacation, here’s some facts about lodging in Seaside you should consider before booking a Vacation Home, Hotel, or Vacation Rental Condo.

When looking to book lodging in Seaside Oregon for your next vacation, there’s a lot of different options and things to consider. Is a hotel, condo or vacation rental right for you? It’s important to consider factors like the length of your stay, number of members in your party, and proximity to activities while making this decision.

The benefits of choosing a Vacation Home over a traditional hotel are numerous, including: privacy, private kitchen, extra rooms, extra space, and location. It’s important to note that vacation rentals are only allowed within specific areas of Seaside which are defined as West of Necanicum River, and North of The Cove on the South of Seaside. These areas were originally designated for transient rental use and areas to the East of the Necanicum River are “off limits” for vacation rental homes to protect the interests of local Seaside residents. So if your searching for vacation rentals in these off limit areas, you won’t find them.

Seaside House Rentals on the Beach and Promenade

The best Vacation Rentals are located along the Seaside Promenade. These homes are usually older and some are historic homes. These properties feature the best views of the Beach, Pacific Ocean, and Seaside Prom. Along the promenade you will find some very desirable rental properties ranging in sizes from 2 bedrooms to 10 or more bedrooms. These homes will all have great views of the beach and easy walking access to the Seaside prom.

Travelers who are looking for oceanfront vacation rentals but value their privacy should consider a home not located on the Seaside Promenade. While the Seaside Prom is beautiful and provides great walking access, you will have very limited outdoor privacy. The Seaside Promenade is very popular with locals and tourists alike, therefore there will be a steady flow of walkers passing by at all hours of the day. To those looking for an oceanfront property with privacy, consider searching for a oceanfront vacation rental on the extreme North or South end of town. The 1.5 mile promenade spans a large portion of the Seaside’s Oceanfront, but not the entire length of giving travelers pockets oceanfront privacy on each end.

Price ranges can vary widely depending on the Season you decide to rent your vacation home in. It’s important to note that Seaside is a very popular vacation destination and during the off season you will find some vacancies, but during the peak season of June-September you can expect very few vacancies and to pay top dollar for your vacation rental. Even more so on popular weekends, such as 4th of July, Labor Day, Memorial Day and during big events held in Seaside such as the Hood to Coast Relay and Seaside Beach Volleyball Tournament. Point being, if you’re planning a Seaside vacation you need to book early to ensure you’ll have a place to stay.

If you’re looking to maximize your ocean view, renting a condo could be a great option. There’s a wide variety of vacation rental condos available along the Seaside Promenade with incredible ocean views. The majority of these condos are elevated above the ground level, meaning the views get better the higher you go. Condos provide a great compromise between amazing beach and ocean views and a high-degree of privacy that you won’t always get with a vacation home. Plus, the majority of the condo vacation rentals are located close to the downtown core meaning you’ll have easy access walking access to Broadway street and all the great restaurants, bars, shopping Seaside has to offer. Plus, if your condo has a balcony you’ll be able to take in fresh air while your watch the beautiful Seaside Oregon sunsets!

If you’re looking to rent a vacation home in Seaside, but are on a budget then it’s best to consider properties a few blocks away from the beach. These homes will usually be more affordable, and have more vacancy options than the oceanfront rentals. Vacation homes that are further away from the downtown core, will also be more reasonably priced, but keep in mind that in some cases you will not be within walking distance of the downtown restaurants and shops. One area to consider for budget friendly options is the extreme North end of Seaside away from the ocean, just West of Oregon St. There you will find some lower priced vacation rentals due to the fact they are in a primarily long-term rental area.

The Oregon Coast is known for being very pet friendly and Seaside is no exception! Seaside is known for one of the longest, and latest sand beaches in Oregon, making it the perfect destination to enjoy nature with your four legged friends. A good portion of the vacation homes available in Seaside Oregon do allow pets for an extra fee, but it’s important you check with the specific property you plan on renting. There’s no one size fits all policy here, so you’ll have to do your homework. The good news for pet lovers though is Seaside is a very dog friendly town!

There’s a few great options available to book your Seaside vacation rental home. At the top of the list is the reputable Seaside Vacation Homes, which is a local company providing many great vacation rentals. Other options include Oregon Beach Vacations, Beachcombers NW, Beachhouse Vacation Rentals, and Meredith Lodging. You can also use very large national websites to book your vacation rentals like AirBNB and VRBO. We recommend whenever possible to try to use a local company because the service and support will usually be superior.

Seaside is approximately 92 miles west of Portland International Airport, which takes about one hour and 48 minutes to drive. If you fly into Portland and rent a car, you can go to the beach via Highway 26 and enjoy long stretches of natural Oregon beauty.

At a whopping elevation of 17 feet, Seaside’s bustling downtown has access to gorgeous ocean views.

Get to know the town by biking or walking along the mile-and-a-half Promenade, cruise the shops on Broadway Street, feed the seals at the aquarium, or explore several miles of flat beach.

Geographically, Seaside bears an appropriate name as it rests by the side of the sea. The town of Seaside sits on the edge of the Pacific Ocean in the southern half of the Clatsop Plains. The Necanium River flows through the center of town to the Pacific.

On the south side of town, you can see the famous Tillamook Head.

Seaside’s soft and sandy beaches are home to millions of razor clams. In fact, the numerous razor clams are a top attraction for many of Seaside’s annual visitors.

Because of Seaside’s location in the state, it bears the classic Pacific Northwest oceanic climate. In other words, the town experiences wet and rainy winters and cool and mild summers. August is the warmest month in Seaside, bearing an average of 68 degrees Fahrenheit, but September sometimes sneaks in a heatwave. Seaside has occasionally seen temperatures rise as high as 95 degrees Fahrenheit.

Seaside is also located within the Tsunami Inundation Zone, which means residents must have emergency supplies on hand in case of a tsunami or earthquake. Fortunately, this is a rare occurrence in Seaside.

Here are a few economic statistics for Seaside:

Seaside has one of the richest histories in the Pacific Northwest.

Before the Europeans settled in, the land we now know as Seaside was home to the Clatsop Tribe. For thousands of years, the tribe subsisted on seafood, berries, game, and roots, but explorers brought diseases like smallpox and destroyed much of the population. By the time Lewis and Clark’s expedition arrived in the region, just 250 tribe members were left.

When Meriwether Lewis and William Clark saw the Pacific Ocean in 1805, they set camps near the mouth of the Columbia River north of the town. The following year, a few expedition members set up a saltworks in the south, allowing them to boil ocean water to harvest its salt. This salt was an essential ingredient for curing meat. Today, you can visit the exact location of this saltworks and explore a replica structure.

The region continued to grow after Lewis and Clark, and Seaside was founded in 1899. It was a place for tourists to pass through and experience the Pacific coast in the early days. From the 20s through the 40s, musicians all over the west coast would stop to play in Seaside; the town hosted several top acts like Duke Ellington and Glenn Miller. New music clubs continued to pop up, allowing Seaside to remain a music mecca for local bands.

The 1960s was a turbulent period for Seaside; in the summer of 1962, a riot broke out after two teenagers got into a fight. The combination of anger at a canceled concert, boredom, drunkenness, and mob mentality led to a massive riot. The fire department arrived and hosed down the crowd but failed to slow them down. Instead, the firefighters were injured and had their truck keys stolen. Eventually, the national guard restored order.

Then, on March 27, 1964, the United States experienced its most destructive tsunami, which flooded parts of Seaside. A 9.2-magnitude earthquake had struck near Alaska and sent disruptive waves down the coast. Today, you can find long-time residents who remember going through the experience, and they’re often more than happy to share.

You can learn more about Seaside’s exciting history by visiting the Seaside Museum and Historical Society. You can also see Fort Clatsop, where the Lewis and Clark expedition set up camp for the winter. Fort Stevens also dedicates space to telling the tale of the Japanese attack on Seaside.

Finally, to honestly know Seaside, be sure to walk down Broadway and see it for yourself today. Downtown is a great place to feel its spirit and people. Seaside boasts more than a century’s worth of stories and experiences.

Should You Rent a Vacation Home In Seaside?

Staying in a Seaside Vacation Rental is a great lodging choice, especially for families. In many ways, Seaside is the top Oregon Coast Vacation Destination with a large variety of lodging options to choose from. With easy access from the Portland Metro area via Highway 26, or Highway 30 for those traveling South from Washington State, Seaside is the perfect vacation destination.

Be sure to also check out our Seaside Oregon real estate guide here. 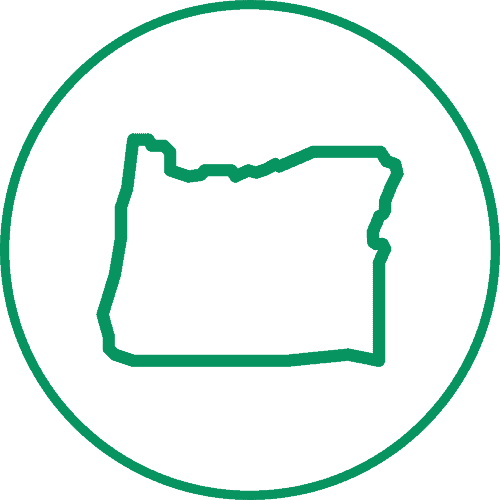